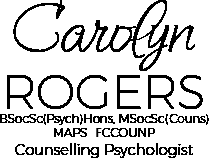 Panic attacks are common and occur in up to five percent of the general population.  They are described as a sudden feeling of intense apprehension, fear or terror together with physical symptoms such as difficulty breathing, heart palpitations, sweating, dizziness and shaking.  The condition “Panic Disorder with or without Agoraphobia” is where panic attacks occur on a regular or irregular basis without reason or warning.  Panic attacks are always a symptom of stress and they can be very frightening if the person doesn’t know what is happening.  Stress can be defined as an imbalance between the demands made on us and our personal resources to deal with those demands.

Learning what causes panic attacks, e.g. stress, is half the treatment.  The other half of the treatment is stress management using evidence-based psychological treatments like the cognitive behavioural therapies (CBT & ACT).  Mindfulness-based cognitive therapies like Acceptance and Commitment Therapy (ACT) have been shown to be very helpful for reducing stress and eliminating panic attacks. You can learn more about ACT at The Happiness Trap website.

Another newer technique that works even faster than CBT and ACT for stress and panic attacks is Emotional Freedom Techniques (EFT/Tapping). EFT/Tapping reduces activity in an area of the brain called the Amygdala, that acts like a smoke-alarm for stress. Dr. Peta Stapleton in her Research Spotlight series describes the scientific evidence for using EFT/Tapping to overcome stress and anxiety.